Have your kids ever asked you that question? What was your answer? If you google, “Who is Google?” even Google doesn’t give you a straight answer!

Like all kids, I used to ask my parents everything.

As a little girl I once asked my dad where all of the holes in Swiss cheese came from. We lived in Northern Italy, so Swiss cheese was a very frequent visitor to our dinner table. With a straight face he told me there was a large factory in Switzerland that made all of the holes and put them into the cheese!!! He has always been a great storyteller, so I believed him. For a while. But that was (way) before Google!

Now, when our kids need to know something, they just have to “ask Google”. (Or Siri or Alexa or… but those are stories for another day…)

Back to the original question. Mama, who is Google? 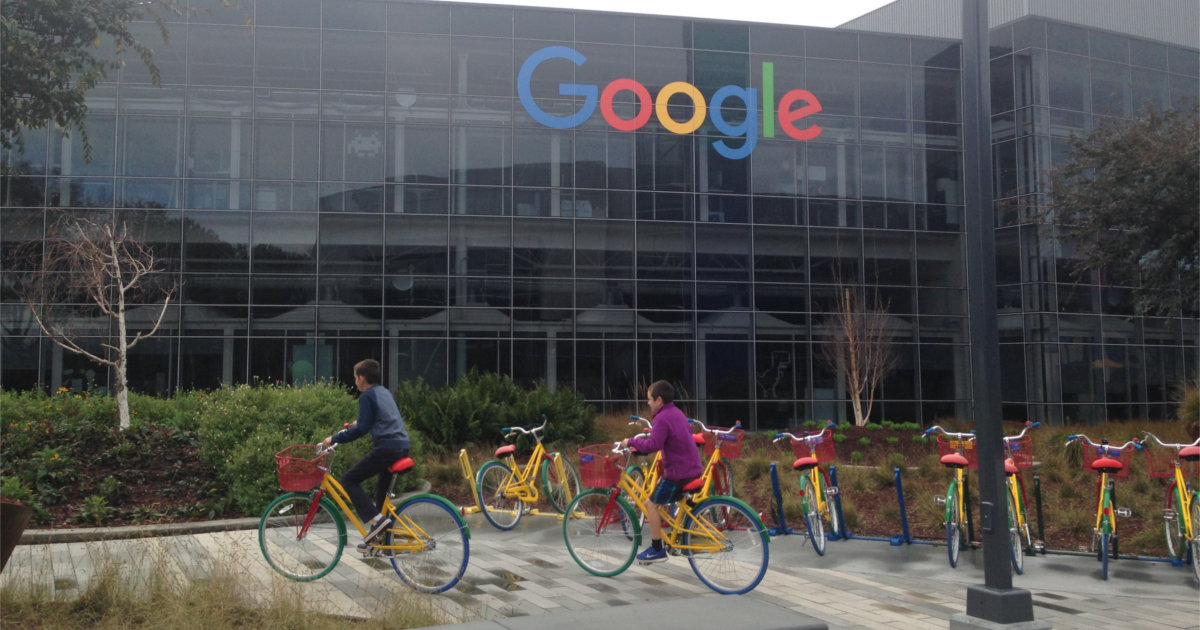 A few months ago, our family was back in the San Francisco Bay Area, and I thought it would be fun to try and answer this question for our boys there where this story began. So, we put on our “experiential learning” caps and went on a little tour around Silicon Valley in search of the right answer to this complicated question.

Google doesn’t give public tours. I checked. But we decided to drive by the campus anyway and have a look. I had read about the cool bikes they had for employees to use to get around the huge campus, and the boys were especially intrigued to see their cool multi-seat Google Conference bikes.

We showed up on a lazy weekend day, and there were very few people milling about – except for a couple of security guards that told us to get off the bikes! Yikes! (It was all good, they were very nice.) 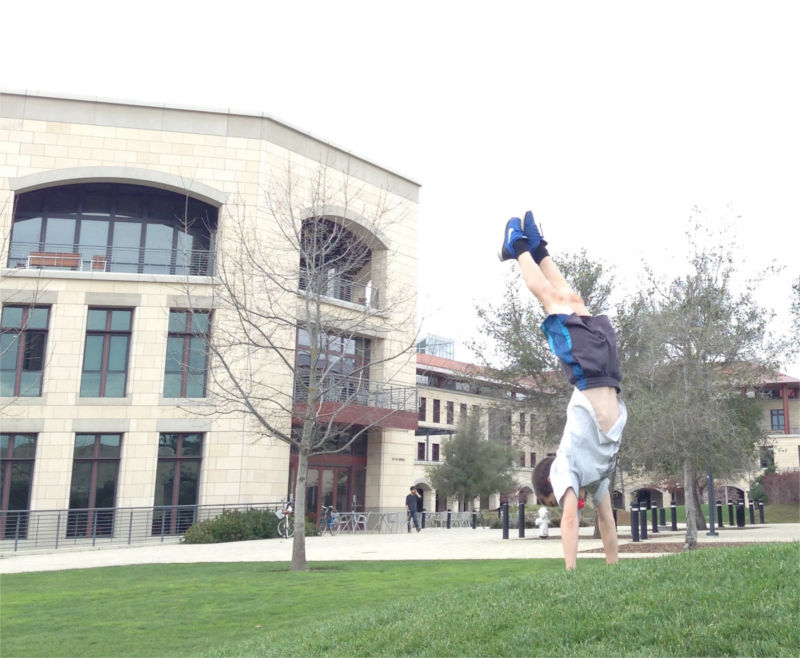 So, Google is a bunch of buildings with cool, colorful bikes, Mom? Hmmm… Well, not exactly…

Next stop. Stanford University. Maybe if we went to where Google was BORN, we could find out who Google actually is!? I mean, maybe Stanford even has Google’s birth certificate?!
After blowing off some steam tumbling and throwing a football around the front lawn, we strolled over to The Huang Engineering Center in search of Google. And, low and behold, we found her (him?) there. Little Baby Google.

Among the many innovations on display there that have come out of Stanford and changed our lives was the original Google brain. 40 gigabytes of Lego-wrapped hard disks circa 1996 in translucent plastic and packaging tape. This is… well, this WAS Google, I said! 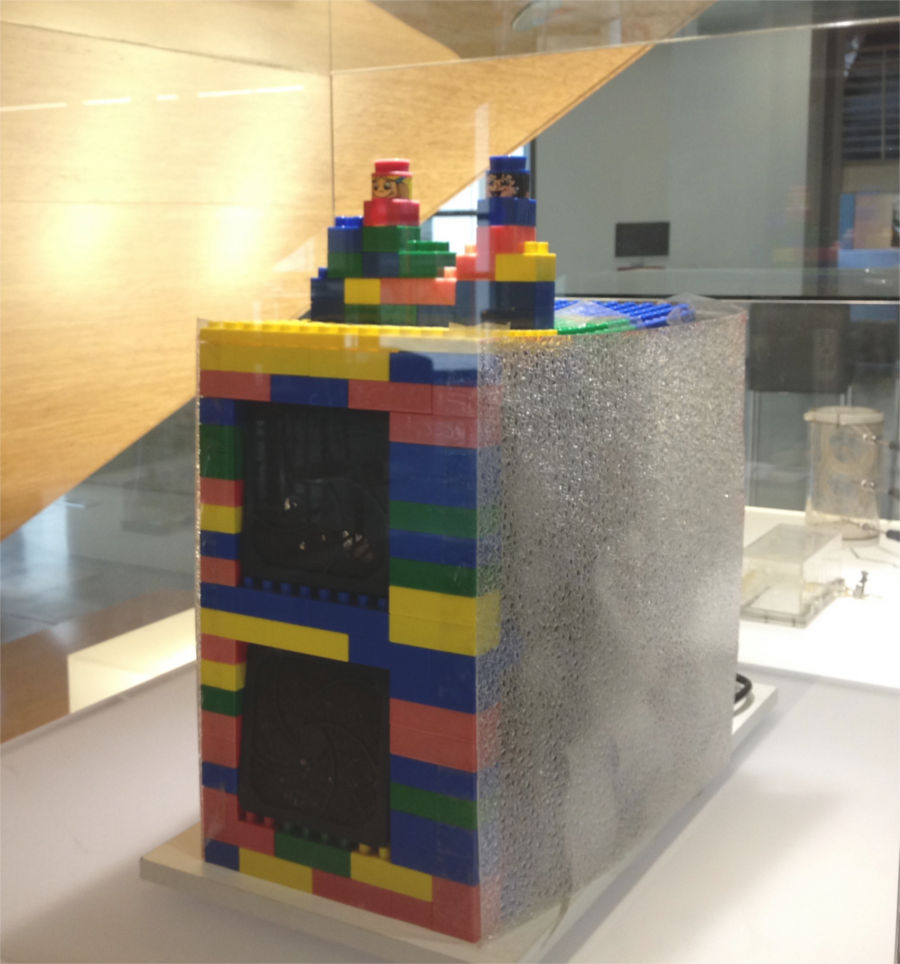 Isn’t it amazing what you can build with Legos?

We never got to see the “grown up” Google, but the kids noticed something interesting that day. The logo at Google and the bikes on campus all use the same colors as the Legos on Baby Google.  Coincidence?

Guess I’ll have a hard time convincing them to go see that hole factory in Switzerland!

← Pebble Meditation
These are my jewels! → 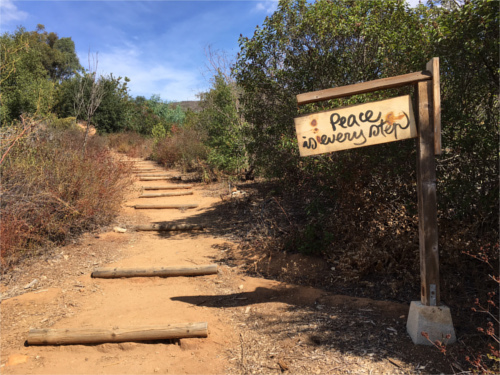